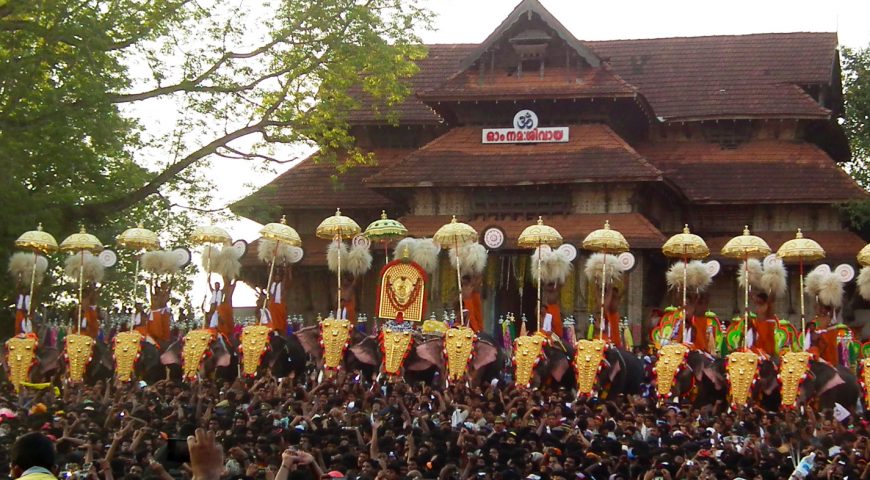 The world renowned seven day festival at Thrissur, the cultural capital of Kerala, the majestic Thrissur Pooram is revered as the mother of all fireworks and temple celebrations. It is celebrated every year in the Malayalam month of Medam, which falls in March or April. It is apparently the largest temple festival in Kerala.

The sheer grandeur of the celebrations include an array of finest tuskers of the land, decked in ultimate pomp and style, numerous percussionists with euphoric ‘chendamelams’ and incredible fireworks. The sample pyrotechnics on the 4th day after the day of flag hoisting is a one-hour round of fireworks. Display of richly decorated tuskers is a splendid view.

The main pooram is a colourful event with spectacular ceremonies like ‘kudamaattam’, which is the exchange of colourful umbrellas. The fireworks on the day of main pooram is of unimaginable excellence and magnitude. On the 7th day the festival concludes with another round of fireworks known as Pakalpooram. More than a religious festival, Thrissur pooram has deep rooted emotions of hospitality and unity among people irrespective of cast or creed.