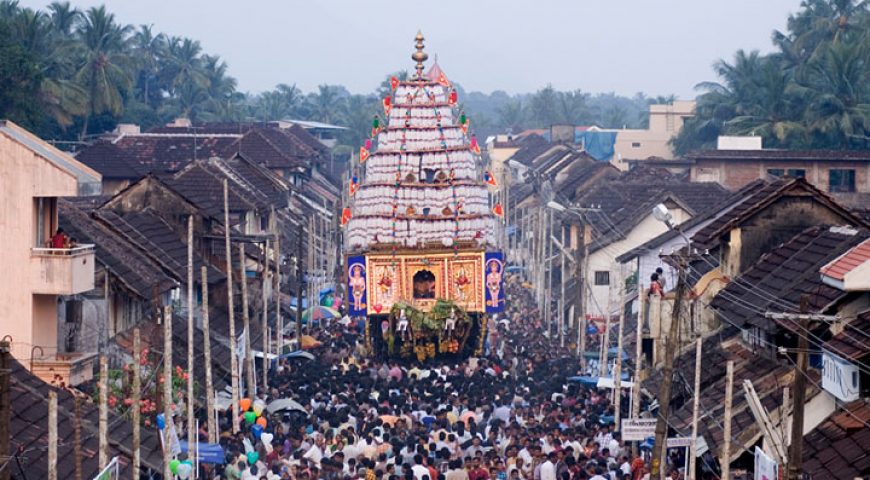 The legendary Kalpathi Rathaulsavam at the Sree Viswanatha Swamy Temple at Kalpathi in Palakkad is the annual ten day chariot fest of the traditional Tamil Brahmin settlement in Kerala. It is celebrated every year in the month of November.

The highlight of the festival as the name suggests is the carting of richly decorated, intricately carved temple ‘Rathas’ (chariots) by devotees. This 700 year old festival adheres to strict Vedic rituals. The last three days of the fest the ‘Rathas’ are splendidly adorned with flowers, flags and sugarcane and is carted. The first of the last three days just one Ratha is carted, followed by two on the second day and three on the final and third day. Traditionally two elephants too join in to push the chariot. Multitudes of devotees throng the streets to witness this spectacle. The procession is accompanied by caparisoned elephants and percussion. It is believed that carting the Rathas will wash off all the sins of generations.