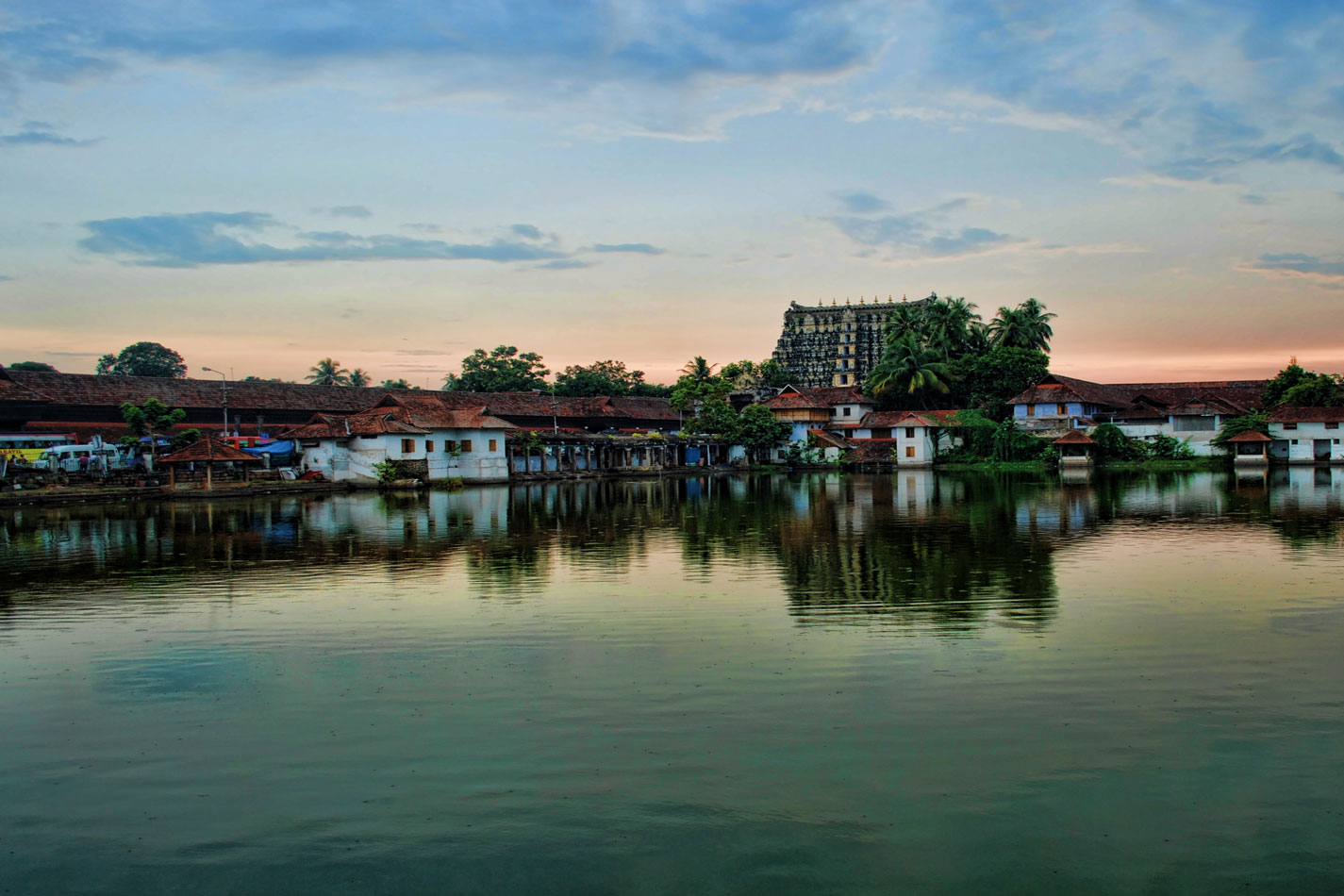 Thiruvananthapuram known popularly as Trivandrum is the capital of the Indian state of Kerala and the headquarters of the Thiruvananthapuram District. It is located on the west coast of India near the extreme south of the mainland. Referred to by Mahatma Gandhi as the “Evergreen city of India”, the city is characterized by its undulating terrain of low coastal hills and busy commercial alleys. It is an IT hub of the state with over 80% of the state’s software exports.

Tourism has also contributed heavily to the economy of Thiruvananthapuram. Foreign tourists generally use Thiruvananthapuram as a hub to explore the highly promoted tourism industry of the state of Kerala. Thiruvananthapuram is ranked first in the number of foreign tourists visiting Kerala. It is also a major destination for chartered flights to India for medical tourism, as there are more than fifty recognized Ayurveda centers in and around the city. This is primarily due to Ayurveda’s popularity in the West. Medical tourism is further promoted by the recuperation facilities available at the beach resorts and hill stations nearby. The city is also important for people around the world seeking help through Ayurveda medicine and therapy. Ayurveda resorts are coming up at a rapid pace along the International Beach of Kovalam and Varkalacoast .

Monuments and Museums:
Sri Padmanabhaswamy temple is an icon of the city. The World’s richest Temple, The temple has received world fame after the details of wealth of the temple was released after an order from the supreme court of India. The Royal family has steadfastly guarded the wealth from raiders and occupying British forces. There are many stories about how the Kingdom and its people protected the lord’s wealth. The temple itself has 1000′s of stories to tell with immaculate sculptures and mandapams. The entire Thiruvanathapuram city was built around this temple. It is an architectural wonder and was nominated from India into last round of 7 Wonders of World. The building style is a mixture of Kerala and Tamil architecture. The temple has many structures inside, like musical pillars, golden mandapams, 500 pillared corridor famous for its sculptures and large collection of temple mural paintings. The temple has a large clear pond called Padmatheertham, which is also a landmark. The deity is Maha Vishnu in a rare reclining posture, called as “ananthasayanam” or the lord’s sleep. The temple has a huge role in history of Kerala, with the presiding deity even being crowned as Emperor of Travancore in 18th century and all the rulers ruling the state in the name of the deity.

Keralan Museum: Housed in a beautiful old colonial building, this newly developed museum (circa 2008 vintage) presents a chronological history of Kerala. It’s the first ‘interactive’ museum in the country, featuring touch-screen terminals. The museum comes across as very pleasant, clean, modern and well-presented when compared to others. Displays begin in the stone-age and advance through rock art and stone tools to pottery, bronze sculptures, folk art and architecture, with a few latter-day items.

SreeChithra Art Gallery: It is an art gallery located in the Museum compound and displays a rare collection of mainly Indian paintings. The main attractions are paintings by world famous Kerala painter Raja Ravi Varma and other famous painters Raja rajaVarma and Nicholas Roerich. Also featured are miniature paintings from around the world, Kerala mural paintings and Tanjore miniature paintings.

The Zoological Park: Closed Mondays, Tuesday to Sunday- 10AM-5PM. This is the first zoo in India, opened in 1843, as a concept of Palace for wildlife. Situated in the Museum compound, this area is a rich botanical garden. There is a wide variety of animals, plants and birds. It has a separate reptile park and butterfly garden.
Palace museum: East entrance of the SreePadmanabhaswamy temple. – Has a good collection of many antique items from the Travancore era Kings. Thrones, paintings and many belongings kept in a very good condition housed in an erstwhile royal building.

Kanaka Kunnu Palace: (Golden Hill Palace in Malayalam) is a cultural hotspot of the town. The large palace and its sprawling gardens was once the banquet palace for visiting State guests of Travancore. Today it is famous for its galleries and the grand lawns serve as open air auditoriums for regular concerts and evening dance programs.
Priyadarshini Space Planetarium:It is one of the largest planetariums of India rated as one of the best horizontal planetariums of the world, with a good collection of astronomical science objects from ISRO (Indian Space Research Organization). It has 2 major shows regarding various secrets of universe. It has a good Sky Theatre, a large conference hall and venue of regular space related programs.

Kerala Science and Technology Museum: Is close to Priyadarshini Planetarium, is one of the largest science museum, featuring a timeline of various technologies in area of electronics, technology etc. There are several galleries on Electrical Engineering, Biomedical, Mechanical Engineering, etc. It has a very good collection of many electronic equipment and a good 3D Theatre with regular shows.

Kuthiramalika Palace: This is a unique palace designed by Maharaja SwathiThirunal (a famous musical genius Maharaja of Travancore), this palace is famous for its horse shaped windows and decor. This palace, located near to Padmanabhaswamy temple has some good collections of antiques related to Maharaja Swati Thirunal’s times. This palace is venue of famous SwathiThirunal Music Festival as well as many other musical concerts patronized by Royal family.

Kowidar Palace: It is a super-imposing structure, located in Kowidar. This is the current official residence of Travancore Maharajas and royal family and off-the-limits for public. However a friendly guard may let you inside to have a glimpse of this large architectural wonder built in mixture of Saxon-Travancore styles. The public however can enter into Panchavadi, the resting place of Late H.H Maharaja ChitraThirunal- the last King of Travancore who was a very popular king.

Shanghumukham Beach: This city beach is 8 km outside the city, adjacent to the airport. Local people flock there to watch the sunset. It is a good well maintained safe beach. There is an indoor recreation club nearby. Matsyakanyaka a gigantic sculpture of a mermaid by Kanai Kunjiraman arouses mixed reaction. A small garden and star-fish shaped restaurant operates there, attracts large crowds. There is also a peaceful temple nearby.

Veli Tourist Village: A lake blending into the beach, almost as if it were teasing the sea. Boating, Horse Riding on the beach, a floating bridge, a shallow pond where you can feed the fish, beautifully maintained gardens. Very famous among tourists, especially those interested in water adventure sports. 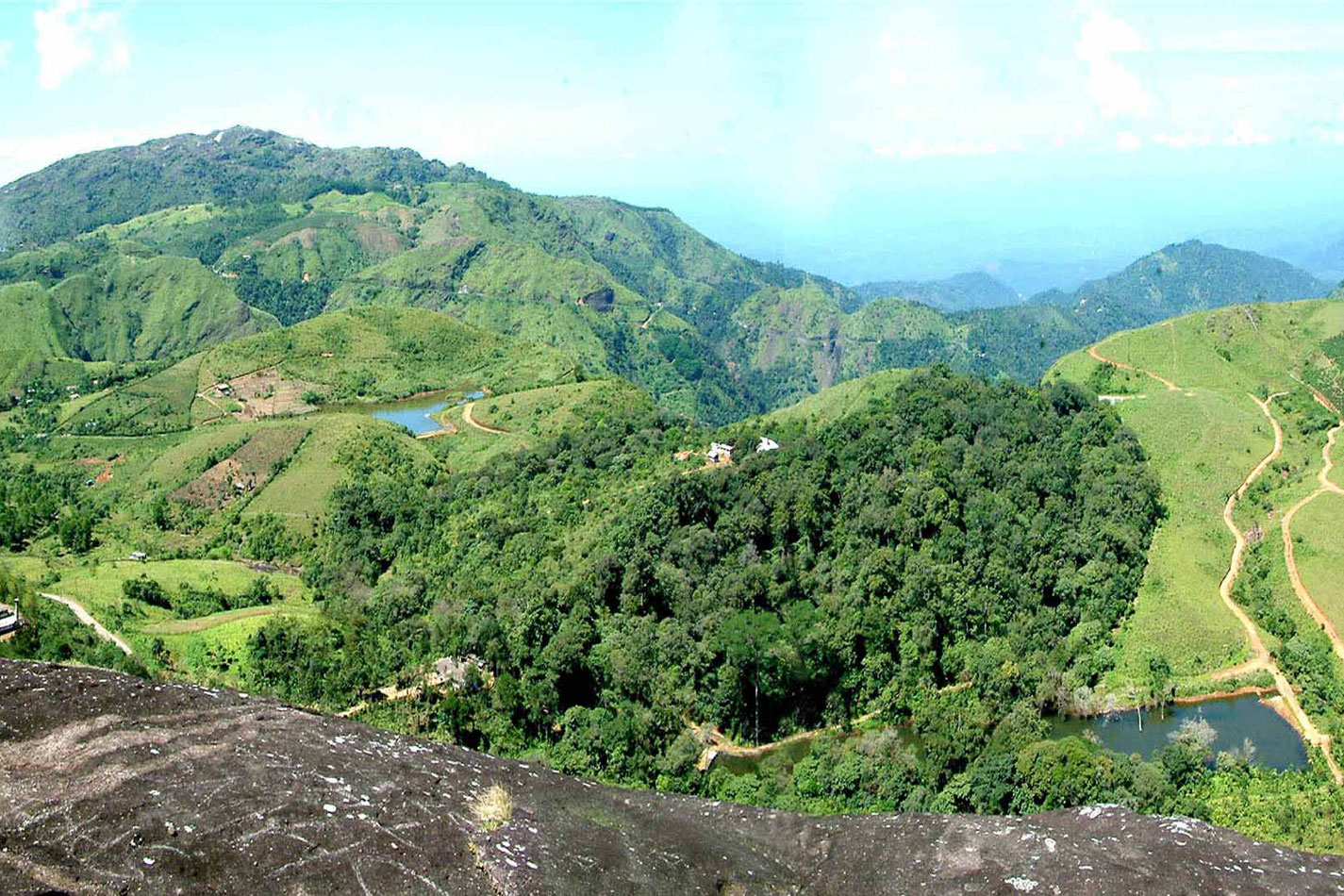 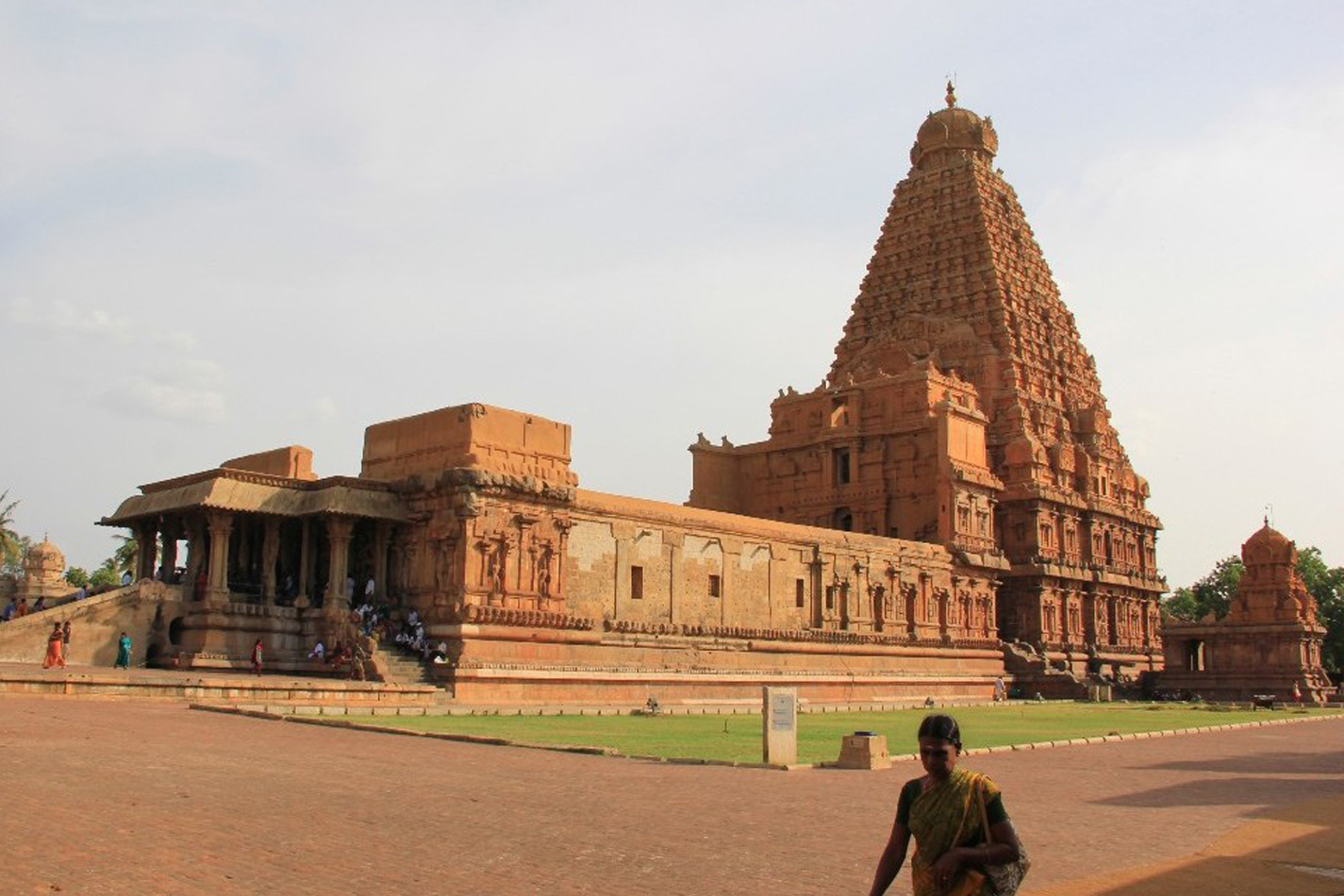 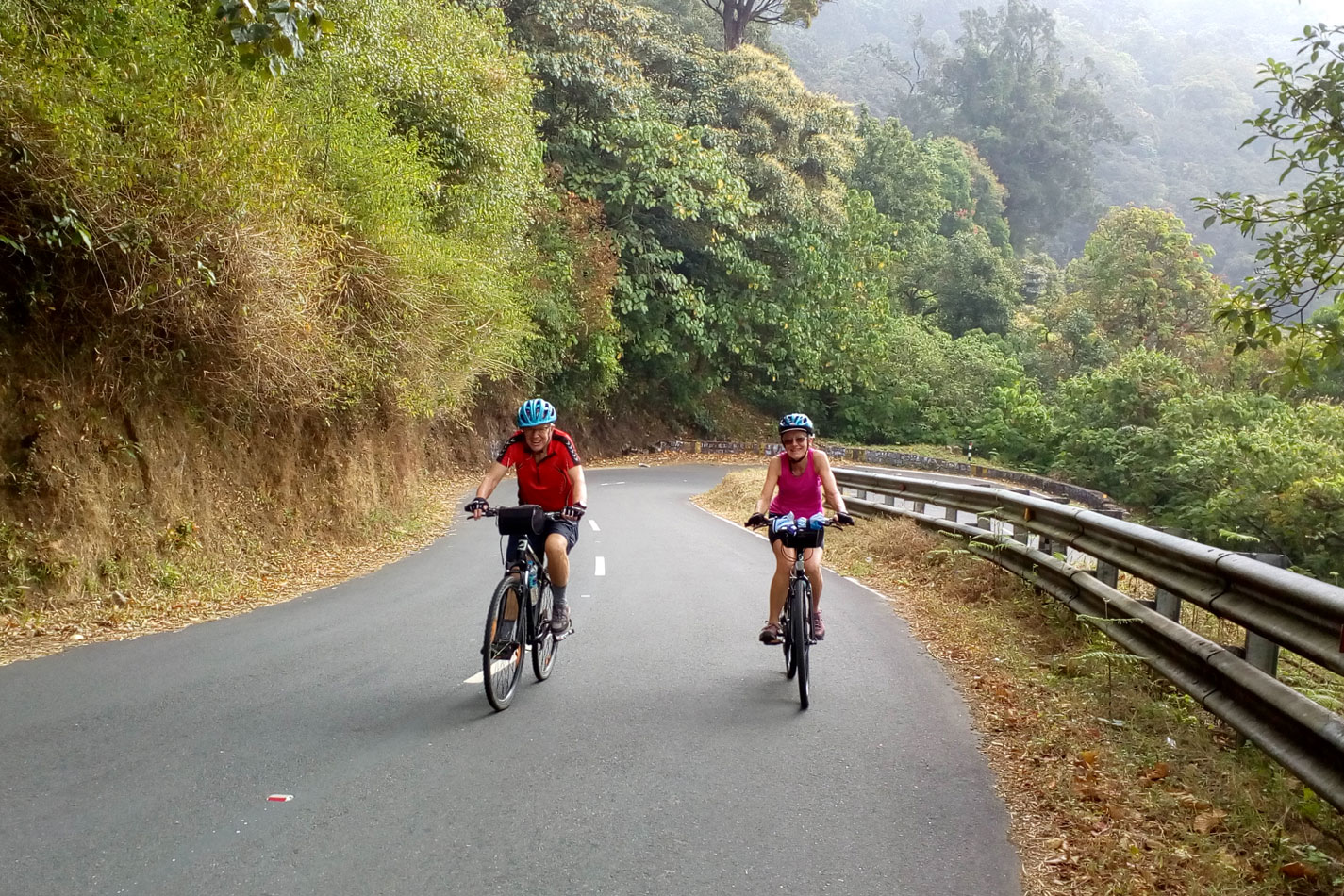 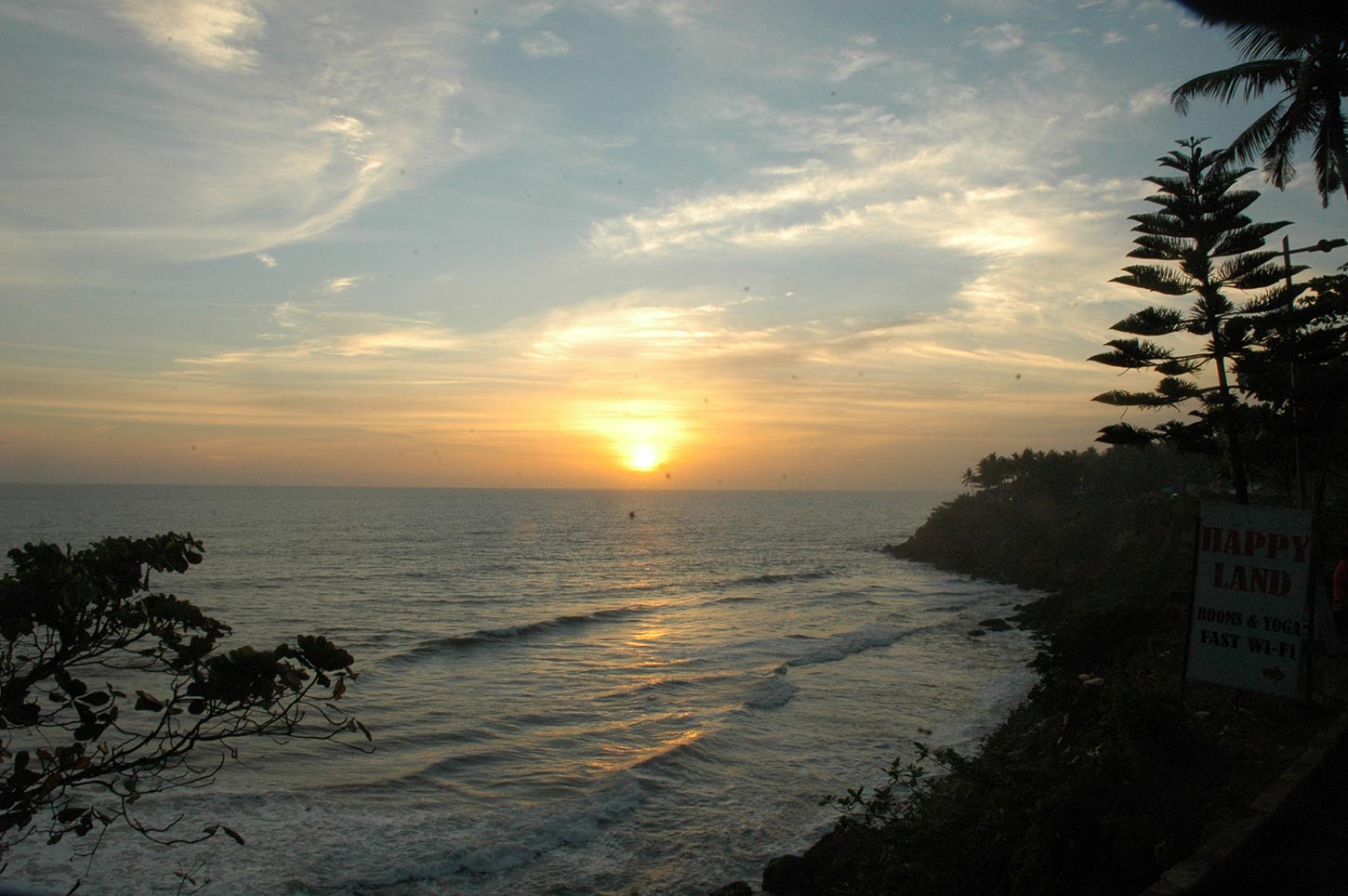